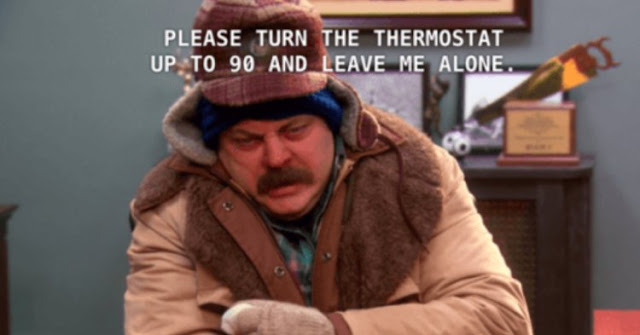 In April 2019, everything got started. I was experiencing pain, so I decided to go to my doctor for a check-up. He sent me to get an ultrasound and then later that day he told me I had testicular cancer. It was a little over three centimenter mass. It was a stage 1 seminoma. By the following Thursday, I was having surgery to have the tumor removed. That was quick!

Fun Fact: If I did my math right (it's always highly suspect), the odds of a man getting testicular cancer in a given year in the United States is somewhere around 1 in 16,000 (I'm not gonna cite my source, just know it's very scholarly... Google.com)

During the whole lead up to surgery for the testicular cancer I had to have a CAT scan of my torso. Praise God, it just got my thyroid at the top of the scan. They could see "nodules" on my thyroid (I put that in scare quotes because apparently, doctors use that word when what they actually mean is, "There is a mass there that we are ignorant about what it actually is and we don't want to scare you." You have been warned.). After the first surgery, and after seeing my oncologist for the first cancer, my doctor suggested I have the nodules looked at.

I had to go through a procedure called a Fine Needle Biopsy. That's where they anesthetize the area locally. Then they take a needle and get all stabby-stabby on the nodule (It's all guided by ultrasound, so it's not quite as crazy as I made it sound). Because they figured the results would be inconclusive, they took extra samples. It came back with a result of a 50% likelihood of cancer. So, they ordered surgery and removed the left lobe of my thyroid.

I was fairly certain that it was just a nodule. After all, how could I have two primary cancers? I was wrong. Pathology came back with the result that the nodule was a little over 2 centimeters and a form of cancer.

So now I will be going back for a third surgery this year, toward the end of September, to have the other half of my thyroid removed. It turns out, it has several millimeter-sized nodules too. It all has to go to treat thyroid cancer. Sometime after the surgery, I'm told I will have to undergo a radioactive iodine treatment (you swallow a radioactive pill, hope for superpowers, and don't hug anyone for a couple of days because you're radioactive). Then, the course of treatment is simply watching and waiting.

Fun Fact: Thyroid cancer in men in the United States in a given year has the odds of around 1 in 10,000. Put these two odds together and there should be, according to my math, one other guy in the US in 2019 dealing with the same situation I am. We should start a club. It will be pretty exclusive. We can limp to meetings together and then talk to each other in a hoarse voice.

The good news in all of this is that these are two of the most treatable cancers in the known universe. They both have very high five-year survival rates; approaching 100%. This all just makes for a stinky year.

Popular posts from this blog

The Second Time This Year

It's official. I have a second cancer in my body this year. You heard that right, not cancer for the second time because it's come back, but second cancer. Earlier this year I had testicular cancer. Now I have thyroid cancer. I will be having surgery to remove more body parts for the third time this year (hence the picture of Luke having his hand cut off by his dad in Empire Strikes Back. Oh... spoiler!). This stinks, but God is still in control. Through all of this, I want him to be glorified. Romans 8:18 says, "For I consider that the sufferings of this present time are not worth comparing with the glory that is to be revealed to us." God, show us your glory!
Post a Comment
Read more

What Would Job Do?

Job 2:9-10 says, "Then his wife said to him, “Do you still hold fast your integrity? Curse God and die.” But he said to her, “You speak as one of the foolish women would speak. Shall we receive good from God, and shall we not receive evil?” In all this Job did not sin with his lips." Here lately I've been thinking a lot about this passage. So many times I find myself wishing for heaven in this life, but that's not what's promised in this life. My goal through this whole cancer ordeal is to be able to say, "I desired God's glory more than anything else."
Post a Comment
Read more

I'm now on social media (like all the cool kids these days). I've made sure to make my handles both OG and as morbid as the name of this blog. I can now be followed on Twitter at @danielhascancer and on Instagram at danielhascancer . For all you hipsters out there that have been using Instagram for a long time, please be patient with me. Earlier this morning it took me over five minutes just to figure out how to take and post a picture. I plan to use these accounts to feature things that are going on in my life. For instance, today I got my hair cut with my kids. Hence this picture. I also plan on using Instagram more as I go through procedures and hospital stuff, so if you like to see procedure stuff or your just curious, follow me there.
Post a Comment
Read more